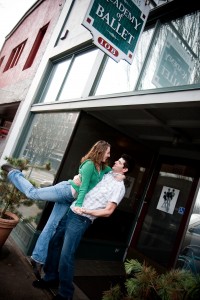 WAB alumnus Megan McDonald (now Megan Garnier), outside the Corvallis Academy of Ballet, home of the Willamette Apprentice Ballet. This is one of her engagement photos! 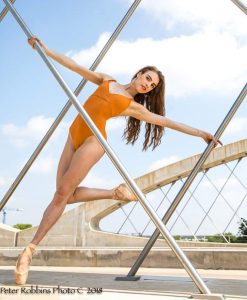 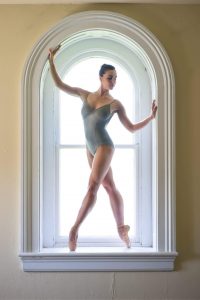 Dominique Jenssen began her training in her hometown at Corvallis Academy of Ballet. From there she earned a full scholarship to train at the School of Oregon Ballet Theatre under Damara Bennett. Dominique performed in Kent Stowell’s Coppelia and excerpts from George Balanchine’s Serenade at SOBT. Dominique continued her training at Pittsburgh Ballet Theatre School under Dennis Marshall and Marjorie Grundvig. While there, she performed excerpts from La Bayadere, Don Quixote and in Terrance Orr’s production of The Nutcracker. She has also attended summer intensives at Kirov Academy of Ballet, Pacific Northwest Ballet, Complexions Contemporary Ballet and workshops with Sidra Bell and Jessica Lang. After graduating from PBTS, Dominique performed with Rochester City Ballet for two seasons. Notable performances include George Balanchine’s Serenade, Jimmy Orrante’s the Ugly Duckling, and David Palmer’s Under the Moonlight, a ballet choreographed to David Bowie songs. She was a guest artist with Heather Roffe Dance, performing Twice Removed at the White Wave Dance Festival NYC 2016, and a guest artist with RudduR Dance, performing The Doubt of the Devout in Ballet Inc’s The Series Vol. 1 festival in NYC. Dominique danced with Ballet Quad Cities for several seasons. Some of her favorite roles with this company included Vampiress in Deanna Carter’s Dracula, Rat Queen and Arabian in Courtney Lyon’s The Nutcracker. She also loved collaborating with local musicians in Courtney Lyon’s Paganini Caprice No. 24 in collaboration with the Figge Art Museum’s installation of Gary Kelleys’ “Giving the Devil His Due”, and The Bach Suite No. 1 performed at Ballet Under the Stars. Dominique is currently dancing with Minnesota Ballet. 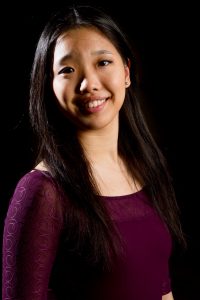 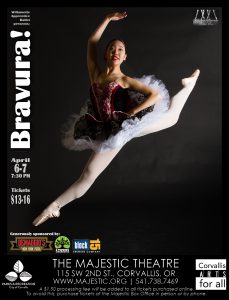 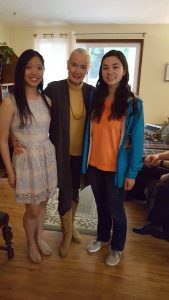 Kristin Jones danced for seven seasons as a company member of Kim Robards Dance in Denver, Colorado. She also served on the faculty of The Academy of KRD as a ballet and modern instructor. She began her dance training with Corvallis Academy of Ballet and Willamette Apprentice Ballet in Corvallis, Oregon. After graduating from Crescent Valley High School, she went on to study at the prestigious Butler University Department of Dance. While studying there, she participated in two international performing tours to Russia and Poland. In 2008 Kristin graduated cum laude with a BFA in Dance Performance and high departmental honors. She has also danced with Ballet Austin in Austin, Texas. While there, in addition to dancing and performing, she served as a production assistant and an instructor at Ballet Austin Academy. Her dance mentors include Jutta Hardison, Catherine Levi, Michelle Jarvis, Derek Reid, Susan McGuire, Marek Cholewa, Stephen Mills, Michelle Martin, and Kim Robards, and many others. Kristin joined the Corvallis Academy of Ballet faculty in September 2017 as a ballet, pointe/variations, modern dance, and body conditioning instructor. She was a Guest Choreographer for Willamette Apprentice Ballet’s 2017/2018 season, and she has been named a Resident Choreographer for the 2018/2019 season. Welcome home, Kristin! 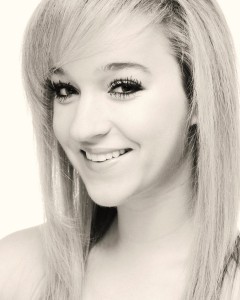 Katie van der Mars received her Bachelor of Fine Arts in Ballet Performance from the University of Utah. She was originally trained in classical ballet at the Corvallis Academy of Ballet in Corvallis, Oregon. Starting Creative Movement classes at 4 years old, she trained there until her high school graduation under the direction of Jutta Hardison, Catherine Levi, Megan Skinner, and Matthew Averill. She was a member of Willamette Apprentice Ballet for 5 years, dancing in Paquita, the pas de deux from Le Corsaire, as well as numerous original works by Matthew Averill, Megan Skinner, and James Reardon (Boston Dance Company). She spent her summers training with Irina Vassileni and Konstantin Uralsky (formerly Bolshoi Ballet), Atlanta Ballet, American Ballet Theatre, and Ballet West. During her time in Salt Lake City, she performed as a member of the University resident company, Utah Ballet, for 3 years, dancing in Giselle, La Bayadere, Paquita, the pas de deux from Scheherazade, The Nutcracker, Les Odalisques from Le Corsaire, The Firebird, Fokine’s Ruslan & Ludmilla, as well and numerous contemporary works. Upon her graduation from the University, she signed a contract with American Midwest Ballet (formerly Ballet Nebraska), and she has been successfully and happily dancing with this company ever since. 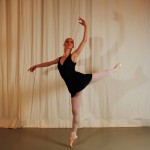 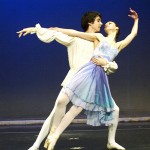 Reed Souther was a student at Corvallis Academy of Ballet for many years, studying under Jutta Hardison, Catherine Levi, Megan Skinner, and Matthew Averill. He received additional training at various summer intensives, including San Francisco Ballet and American Ballet Theatre’s Jaqueline Kennedy Onassis School in New York City. Featured roles as a member of Willamette Apprentice Ballet included the Le Corsaire pas de deux, the pas de deux in Glazunov Suite (James Reardon), The Swan (Matthew Averill), and the Drunkard in Megan Skinner’s Can-Can. Reed has been a dancer with Eugene Ballet Company for nearly a decade, performing soloist and principal roles in Toni Pimble’s The Nutcracker, Cinderella, and more. 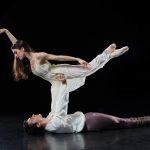 Aurore Morley has been teaching yoga in the Willamette Valley for ten years. She has taught for Linn-Benton Community College & Sam Fit, and she currently teaches at the Brownsville Fitness Center. She has also taught water therapy and water yoga in Lebanon and ballet classes at the Cascade Performing Arts Center. She earned her RYT (Registered Yoga Teacher training certification) through Yoga Alliance with Yoga Fit in 2006 and continues to study with many great teachers. In 2007 she was recognized as LBCC’s ‘Outstanding Instructor of the year.’ Aurore is currently working towards a B.S. and Master’s Degree in Health Promotion & Health Behavior at Oregon State University. Growing up, Aurore studied ballet with Jutta Hardison and Catherine Levi at Corvallis Academy of Ballet, and went on to dance with Willamette Apprentice Ballet, under the direction of Catherine Levi, simultaneously working as a Teaching Assistant in Jutta Hardison’s elementary-level classes.